Inspired by the Past.
Built for your Future.

The Sleight Farm Community includes the original, restored Sleight Farm House, and features over 150 acres of preserved conservation land throughout the community. Whether you prefer a quiet cul-de-sac, a private wooded backyard, or sweeping mountain views, we have the perfect site for you. With our wide selection of home designs, custom features, and upscale options, your new home at Sleight Farm will be crafted to reflect your personal style and preferences. 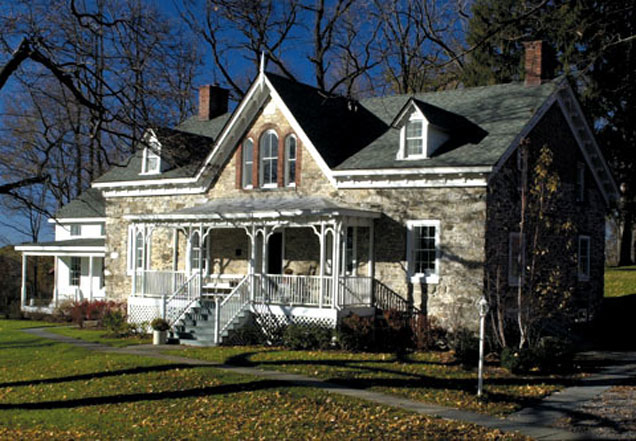 Dutchess County. At its Best.

Sleight Farm at LaGrange is located in Southern Dutchess County, at the heart of New York’s scenic Hudson Valley. Our community offers the perfect blend of privacy and convenience — the experience of a small-town lifestyle, in a location that’s remarkably close to everything you want and need.

Get to Know LaGrange

The history of the Sleight farm as we know it dates to 1765, when Abraham Sleight purchased the farm for 565 pounds. But long before the land of Dutchess County was “cut up” into distinct parcels, Native Americans traversed the county by hunting and fishing on the lands, lakes ,and creeks. Evidence of Native American existence on the lands of the farm has been passed down through the generations of the Sleight family. Proudly displayed in a present day member’s home are many artifacts including arrowheads, mortars and pestles, axeheads and tools, all of which were gathered from the area of the creek that flows through the Sleight farm property. Clearly, the history of the farm is older than what the history books tell us. For generations, the Sleight family has kept watch over a piece of land dear to not only them, but to hundreds of people who find history rewarding and intriguing.

It was here, not far from the Wappingers Creek, along the paths chosen by many Native Americans, that Abraham brought his wife and six children to live in a small farmhouse close to what is now Overlook Road. This house in which the first Sleights lived, most likely built by the previous owner and made of wood, lay closer to Overlook Road, near a natural spring. Remnants of the original stone foundation were once visible to the many Sleight children who played in the yard of the present farmhouse.

The history of the farmhouse as we see it today really begins with Jacobus Sleight, the oldest son of Abraham. The proud, stately home that today sits at the juncture of Sleight Plass Road and Overlook Road didn’t take shape until 1798. It is believed that Jacobus, who Americanized his name and became James, was the builder of the original portions of the farmhouse. Born in 1753, James was raised in Ulster and Duchess Counties. He served as a lieutenant of volunteers during the Revolutionary War and eventually attained the rank of captain. It was while he was on active service that he witnessed the burning of Kingston in 1778. Upon his return to Duchess County, he began working as a farmer, helping his father till the land and establish a working farm. 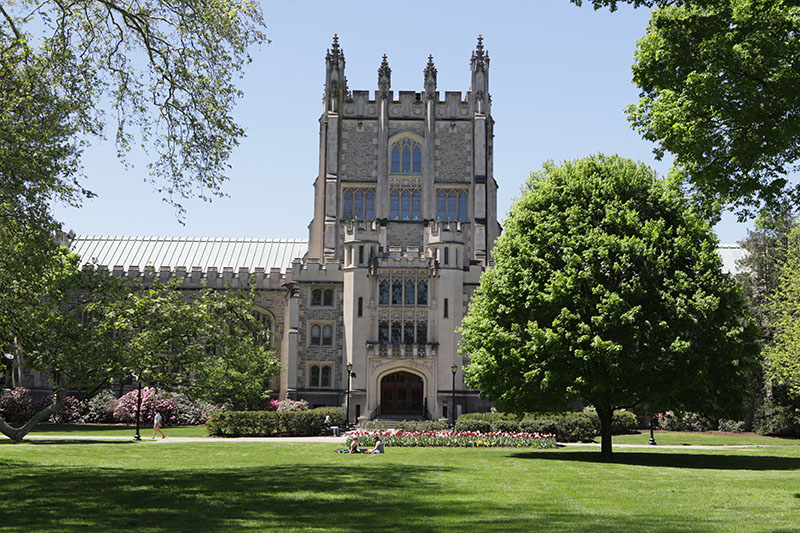 In 1779, Abraham began his courtship of a young Poughkeepsie City resident, Elsie DeReimer. Elsie was the daughter of Peter and Elsie DeReimer. Peter DeReimer, a well-known New York silversmith, was a descendent of Isaac DeReimer, one of the early mayors of New York. In 1796 Peter purchased the Glebe House in Poughkeepsie, and brought his family to live there. It was the hope of Elsie’s parents, Peter and Elsie, that James would court and marry their older daughter Mary. But, late one night, James brought a ladder to the Glebe House and he and Elsie ran away to be married. He was 46 and she, 22. James brought Elsie to the beautiful stone house built in the traditional Dutch style. The house, build of fieldstone, had twenty inch thick walls, a center hall and three large rooms — a parlor and two bedrooms. The upper floor existed and was probably used to store grain. The door was the traditional divided Dutch door lacked a kitchen and cooking was probably done outside the home. The spring that once provided water for the old homestead of Abraham also provided water for James and Elsie’s new home. James and Elsie raised six children in the farmhouse, developed a successful farm and set in motion a working farm that existed for over two hundred years, run by the same family within the original boundaries of the deed held by Abraham Sleight.

Of the six children raised in the beautiful Dutch farmhouse, Peter Roosavelt Sleight inherited the farm of his father and grandfather. It was Peter, born in 1804, who renovated the house almost forty years later. Peter married Sarah Kees Barnes in 1827 and, just two years later, she died, most probably during childbirth. The young widower and his infant so were alone for three years before Peter married Sara’s sister, Catherine, in 1832. From that union came three children, Sarah, David and Alexander.

Around 1840, Peter tore down the old stone wing that existed on the west side of the house. Most likely this wing was used for cooking and as quarters for the servants of the Sleight family. Peter became a successful farmer and made many changes to the farm in addition to the construction and renovation of the west wing. In 1831, Peter built the large red barn, the one that can still be seen today to visitors to the farmhouse. Peter is the owner responsible for the large brown marble fireplace that is the central part of the present day dining room. He changed the front porch, creating the porch that one sees today. He renovated the upstairs installing a beautiful spindle staircase and creating two dormers to house bedrooms on the upper level. It was Peter who installed the beautiful palladian window that is above the front door. 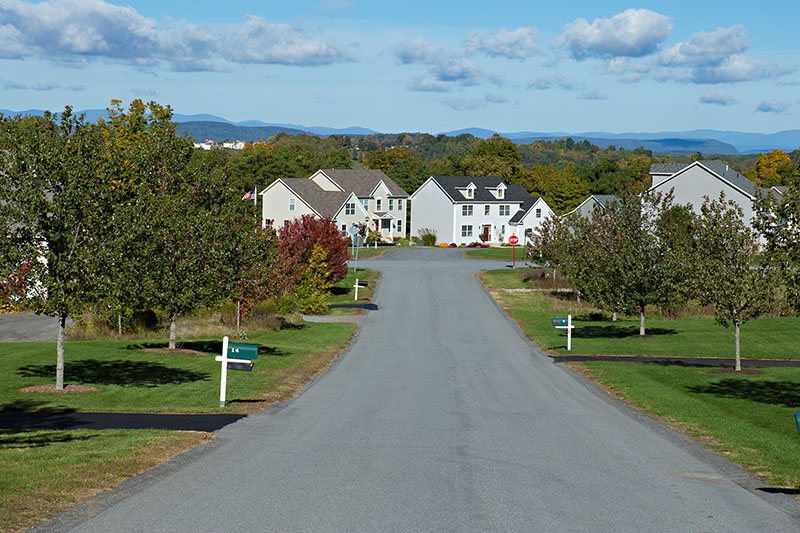 Peter operated the farm until he was about 76 years old. In his later years, he could be seen driving his buggy into the City of Poughkeepsie, working as president of the Duchess County Mutual Insurance Company. In addition, Peter gave tirelessly to the town of LaGrange, acting as assessor and highway commissioner. The running of the farm fell to his son, Alexander. Had it not been for the Civil War, the fortunes of the Sleight farm could have turned out very different. In 1862, Peter’s son, David volunteered for service with the 150th Infantry Regiment. He saw action in numerous battles, participated in Sherman’s March to the Sea and met an untimely death at the age of 27. David Barnes Sleight was the only man killed in a small skirmish outside of Goldsboro North Carolina, just 2 weeks before the cessation of hostilities. Peter, in later years, successfully brought his son’s body home and in a memorial service attended by numerous residents of LaGrange, David’s body was interred in the Manchester Bridge Cemetery. As one drives north on Overlook Road and passes the LaGrange Cemetery, one can see the handsome obelisk that marks the final resting place of David B. Sleight. He is immortalized each time members of the 150th Volunteer Infantry Regiment reenactment group meet, as one of their members takes on the persona of “the most well liked and fair officer of the regiment.”

Alexander Sleight took over management of the farm from his father Peter and he was indeed a successful farmer as well. He changed from general purpose farming to fruit farming. Like his father before him, Alexander gave back to his community by serving as the Town of LaGrange supervisor for four terms during the 1870s. Alexander had married the former Mary Pells of LaGrange and they had three children. The youngest, David B. Sleight, name for his uncle who fell during the Civil War, took over the farm and changed it to a dairy farm.

David Barnes Sleight and his wife, Mary Elizabeth, took up residence in the farm with their eleven children in 1925, providing the farm with its fifth generation of Sleight farmers. While under his care, the farm was declared a New York State Century Farm in 1937 ( and again in 1972). Conditions for selection include: “the farms shall have been owned and operated by the same family for at least 100 years; the family must be good farmers now, have an established record of volunteer services to the community; recognition should be given for military service; only one farm per year may be selected as a century farm.”

David Barnes Sleight died in 1959, leaving his wife and two daughters living in the once proud farmhouse. His son, David Sterling, along with his family lived in the west wing of the old farmhouse and another son, Francis, and his family lived just down the hill. Francis and Sterling were the last generation of Sleight to work the farm. Sterling died in 1973 and Francis hindered by poor health, found that he could no longer farm as his forefathers had done for over two hundred years. Fourteen years after the farm’s second selection as New York State Century Farm, it was sold to the developers, amid great sadness in the Sleight Family.

Like many farm families of today, the Sleights found it extremely hard to keep farming in the family. Farming takes more than just a love of the land, it takes hard work, perseverance, and a little bit of luck.

So, imagine the surefootedness of the braves who passed over the creek not far from the future stone house. Imagine the happiness in the yes of Elsie DeReimer when she first saw the beautiful Dutch farmhouse to which her groom bought her. Or, imagine the sadness of Peter and his wife as they brought home the body of the young man who pencil drawing of the farm from 1854 hangs in the home of one of the members of the Sleight family. Imagine Mary Elizabeth sitting at the beautiful palladian window watching the Chevys go by and remembering the glory of the farm, now passed. Imagine the fun, the laughter and the sorrow that a home, which has been in a family for almost 200 years, has seen. And then open your eyes and see the restored beauty of a simple farmhouse and relive the thousands of memories that exist there.

Read more about the history of the LaGrange area and Dutchess County.